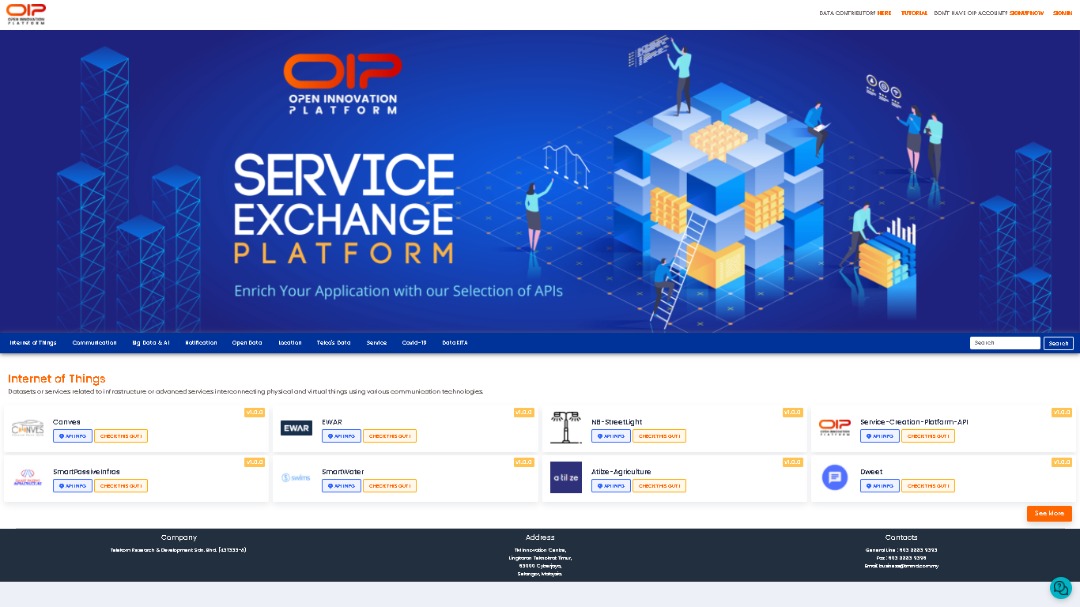 In the first piece, our CEO Dr. Sharlene shared her thoughts on why we are championing Open Data and the benefits of taking this journey. This second piece talks about how local businesses can benefit from Open Data.

Interested to know more? Reach out to us at business@tmrnd.com.my

Telekom Research & Development Sdn Bhd (TM R&D) appears to have made major innovative strides in the past two years. Since 2018, the R&D unit of Telekom Malaysia Bhd has managed to achieve a 100% adoption rate for its innovations from a mere 5% previously, says TM R&D CEO Dr Sharlene Thiagarajah.

In fact, the 19-year-old firm has evolved from largely serving the TM group to serving the nation as well, as it delivered a record RM 1.6 billion in innovation impact last year, Sharlene points out, “We started largely by serving the group. But now, we see that a lot what we do can be applied outside the group. So here we are, bringing a lot of these [innovations] to the market. We have at least five ‘killer products’ that have been commercialised in the market today with external revenue and so on.”

“Everything we create- all the IPs (intellectual properties)- don’t just belong to the company but to the nation. It is my goal, in a way, to transform Malaysia into more of a nation that produces rather than one that just consumes. It is good progress for us to go from R&D to ‘productising’ and commercialising things, and serving the nation, which is the bigger purpose,” Sharlene tells The Edge.

She adds that the R&D unit has generated more than 2,800 IP rights and 1,400 digital assets to date.

Most of these innovations leverage the open data platform that helps produce analytics. This, in turn, allows the firm to establish correlations between the date gathered and the contributing factors, resulting in “new revenue and cost-saving opportunities,” says Sharlene, who is a co-founder and director of a company in the automation and radio-frequency identification (RFID) space.

“For example, you put a thermometer out there and get the temperature of every minute of the day. And then you have a water tap equipped with a sensor that tracks your water consumption. Put the two together and you get a correlation that says, ‘When it is very hot, people drink more water’.

“We could then expect water consumption to go up during the hot season in Malaysia. This would allow water suppliers to ensure that their water reserves are sufficient during such times.”

Last month, TM R&D announced that as a data technology partner of MDEC, the firm would contribute its expertise to accelerate data technology adoption and develop data-driven enterprises, facilitating talent development and industry-academia collaboration. This would be done by sharing related case studies with MDEC to generate interest among business enterprises in adopting data technology.

The platform, which allows data files to be uploaded in various formats, was designed to cater for users  of all levels, from amateurs to advanced. These files will then be converted into application programming interfaces (APIs) and published on the data store.

“This allows anyone who has access to the platform to use the data for further analyses and derive useful insights,” says Sharlene, noting that the platform serves as an avenue for data owners to monetise their data.

Open data is a key focus area under the Malaysian Administrative Modernisation and Management Planning Unit’s (Mampu) Public Sector Information and Communication Technology Strategic Plan. Under Mampu’s five-year plan, Malaysia aims to be the top 30 of the Open Data Barometer (ODB) by end-2020, from No 53 in 2016. Even so, that objective may not be achieved so soon.

Malaysia is not in the latest top 30 ranking on the barometer produced by the World Wide Web Foundation. Interestingly, its neighbouring countries the Philippines and Indonesia are ranked No 19 and No 21 respectively on the list, which is led by Canada.

ODB is a global measure of how governments are publishing and using open data for accountability, innovation and social impact. Opendata-barometer.org has been publishing the top 30 countries since 2017, after coming out with the full list of rankings from 2013 to 2016.

Sharlene says open data has allowed TM R&D to expedite the process of building software by three to four times, and at reduced cost of between 30% and 70% by leveraging reusable components stored on the platform. “For example, a login page. When you have a software application, there’s a login page with buttons and functions. All these are pretty common. In the past, people would rebuild all these components such as login, authentication and feedback pages [every time they built new software].

“But if I create it once and store it as an API, then every time I build new software, I will just pull all that API[data]. Of course, you will need to standardise the language. That is why we chose an open innovation platform, which basically allows any language.

“There are a lot of technical details-how you store it, how you reduce power consumption when you store data and so on. And all this is really where we bring down the cost creating software.”